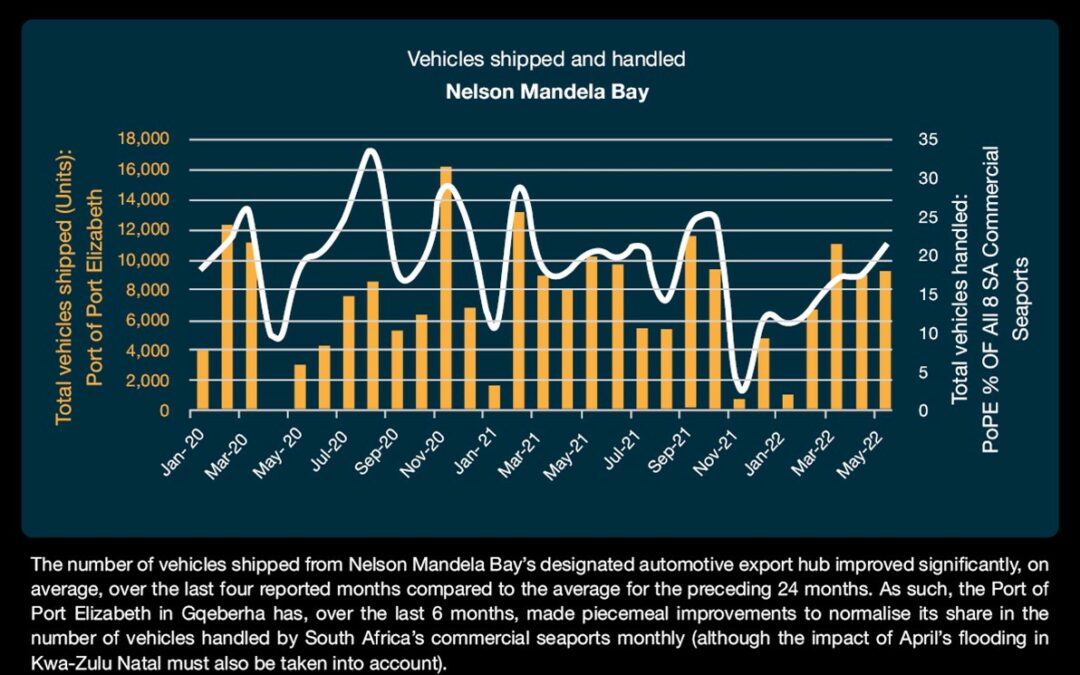 In terms of specific industrial and commercial conditions in the city-region, the number of newly manufactured vehicles shipped from the Port of Port Elizabeth in Gqeberha improved significantly, on average, over the last four reported months compared to the average for the preceding 24 months.

In addition, passenger traffic at Nelson Mandela Bay’s Chief Dawid Stuurman International Airport (PLZ) has recovered to 52% of its pre-COVID throughput for the year ending March 2022; 4 percentage points above the national average.

(*Please note that subsequent the published Economic Bulletin, the South African Reserve Bank released a revised growth forecast for the national economy; expecting GDP to grow by 2% in 2022, (revised upwards from the 1.7% expected at the time of the Monetary Policy Committee’s meeting in May). This forecast also takes into account an economic contraction expected for 2022Q2. Furthermore, SARB’s GDP growth projections were also reduced to 1.3% in 2023 and 1.5% in 2024.)