Hope on the agenda for Exporters Eastern Cape 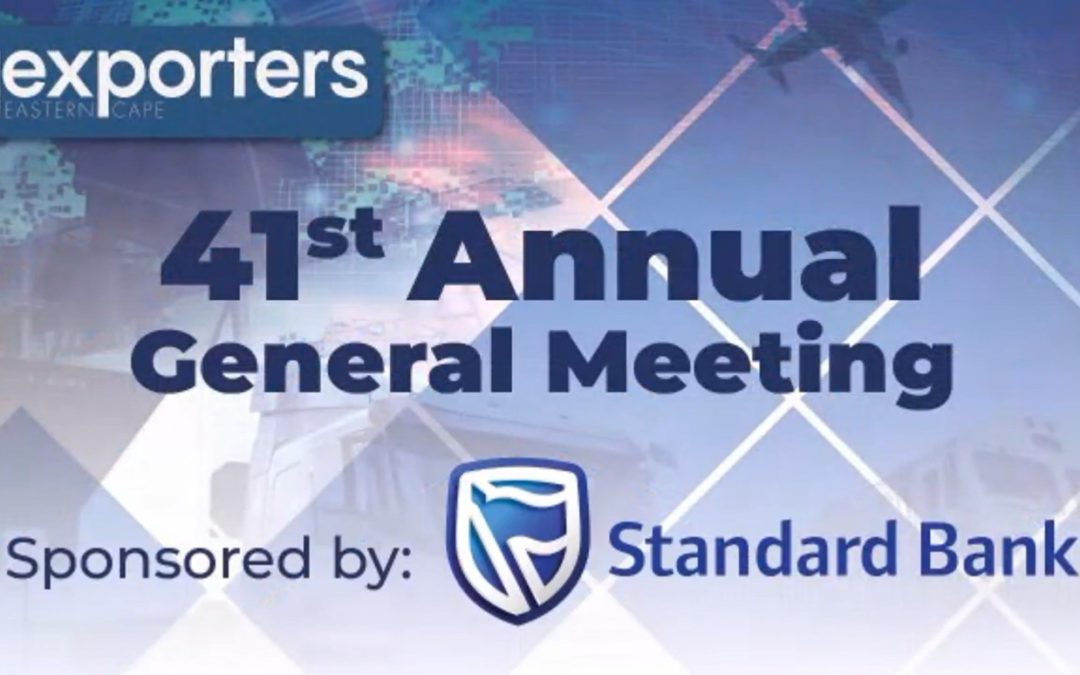 The 41st Exporters Eastern Cape AGM was presented online, with Neil Barker, Managing Director of Oracle Media and Head of the Marketing Portfolio at Exporters Eastern Cape as the Master of Ceremonies for the event and special guest speaker Jean de Villiers, former Springbok Rugby Captain and Citadel Head of Philanthropy, who compared being in business to the professional rugby environment. The event was sponsored by Standard Bank.

While he is known for making his debut as a Springbok at the age of 21, going on to play 109 matches for South Africa and receiving many other accolades, not everyone knows that De Villiers had six knee operations, dislocated his shoulder, and sustained several other injuries over the years.

“When I paint that picture, it is different to the glory and successes in my career. Adversity is a given – it doesn’t matter if it’s on the rugby field or in business. It is in times of adversity that you have to decide if you are going to lie down and let it get the best of you or stand up, learn from the experience and get better,” said De Villiers.

He advised the Exporters Eastern Cape member companies to surround themselves with strong team members in business whom they can trust and are focussed on achieving the same goals.

He encouraged them to make South Africa great. “The small differences we make in our businesses and lives, can collectively have a big impact. Never give up on that vision. Inspiration is all around us, just keep your eyes open and you will find it,” said De Villiers.

Exporters Eastern Cape Chairman Quintin Levey highlighted some wins over the past year for the organisation, which had to adapt to the pandemic conditions in the country.

Exporters Eastern Cape continued to build relationships with key stakeholders and alliance partners, including playing an instrumental role in the establishment of the Export Forum and Collaboration Forum – where public and private role players meet to expedite economic progress in the Eastern Cape.

“We did see the effects of the economy on our membership fees coming in and sponsorships, but we thank everyone who has supported us during a challenging year. Membership fees will not increase for the new year,” said Levey.

For the most part events were hosted online in 2020/2021, which included various panel discussions, webinars and virtual factory tours. Other wins included the successful hosting of the Exporters Development Programme, in partnership with the Nelson Mandela Bay Business Chamber and the Eastern Cape Development Corporation.

Exporters Eastern Cape is also in the process of registering as an PBO and the Exporter of the Year Awards 2021 also received the most entrants since 2013.