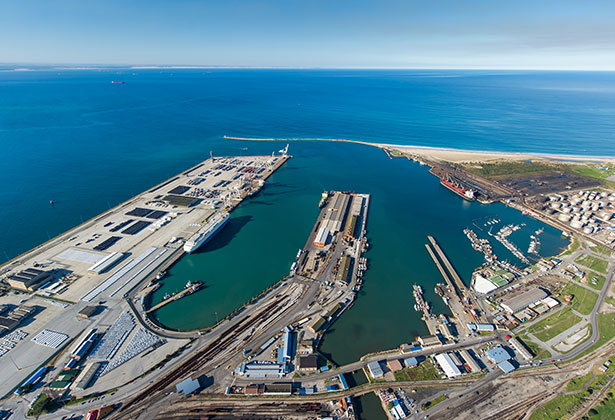 On 22 June, the Presidency announced the establishment of Transnet National Ports Authority (TNPA) as an independent subsidiary of Transnet.

President Cyril Ramaphosa said this move was a “major step forward in our reform agenda”.

Government’s efforts to accelerate the implementation of structural economic reforms, are aimed at enabling a strong economic recovery, a faster and more sustainable growth trajectory and job creation. The reforms are in electricity, water, digital communications and transport.

“South Africa’s ports are vital to our trade with the rest of the world and play a crucial role both in our own economy and that of the wider Southern African region. There are therefore massive benefits to be realised from reliable, efficient and competitive ports,” said Ramaphosa.

Ramaphosa said if port services were inefficient and costly or if imports and exports were delayed, the economy suffered.

“In recent years, the performance of our ports has declined in comparison with other ports on the continent and around the world. This has had a significant impact on our exports, rendering South African products less competitive and increasing the cost of goods for every South African. We have set out to reverse this decline in performance and to position our ports as world-class facilities that can enable economic growth,” said Ramaphosa.

Ramaphosa said the weak performance of the ports was the result of structural challenges in the logistics system and operational inefficiencies.

The president said the move would bring a clear separation between the roles of the infrastructure owner, TNPA, and the terminal operator, Transnet Port Terminals.

“The functional and legal separation of these roles, which are currently operating divisions of the same company, will enable each to be fulfilled more independently and with greater efficiency. In particular, it will mean that revenues generated by the ports can be invested in port infrastructure, both for the replacement of old equipment and for the upgrading and expansion of our ports,” said Ramaphosa.

TNPA will also be able to make its own investment decisions and ensure that it treats all terminal operators fairly and equally in the interests of port users.

“At the same time, Transnet will remain the sole shareholder of the subsidiary to prevent any negative impact on the group’s balance sheet, and to ensure that the ports authority remains an important part of the Transnet group. This is a significant development because this reform has been delayed for more than fifteen years since the National Ports Act was promulgated,” said Ramaphosa.

Together with the restructuring of Eskom, the latest TNPA announcement forms part of government’s ongoing effort to reposition and transform state-owned enterprises so that they can be profitable, sustainable and competitive and can play a developmental role in our economy.

“This reform will have a direct impact on port users and our export industries. They will benefit from increased efficiency, lower costs and new investment in port infrastructure. The implementation of this measure is a crucial part of Transnet’s broader strategy to revitalise our logistics infrastructure, including by developing strategic partnerships with the private sector to attract new investment and enhance terminal operations,” said Ramaphosa.

Transnet has put in place an ambitious plan to invest R100 billion over the next five years in upgrading its infrastructure across the ports system. Achieving this target will rely on leveraging private capital to shore up the contributions of the state and establish world-class infrastructure at our ports.

“Where the private sector can and should play a role is in partnering with the state to improve terminal operations and to invest in new infrastructure, as is already the case in several of our bulk cargo terminals,” said Ramaphosa.