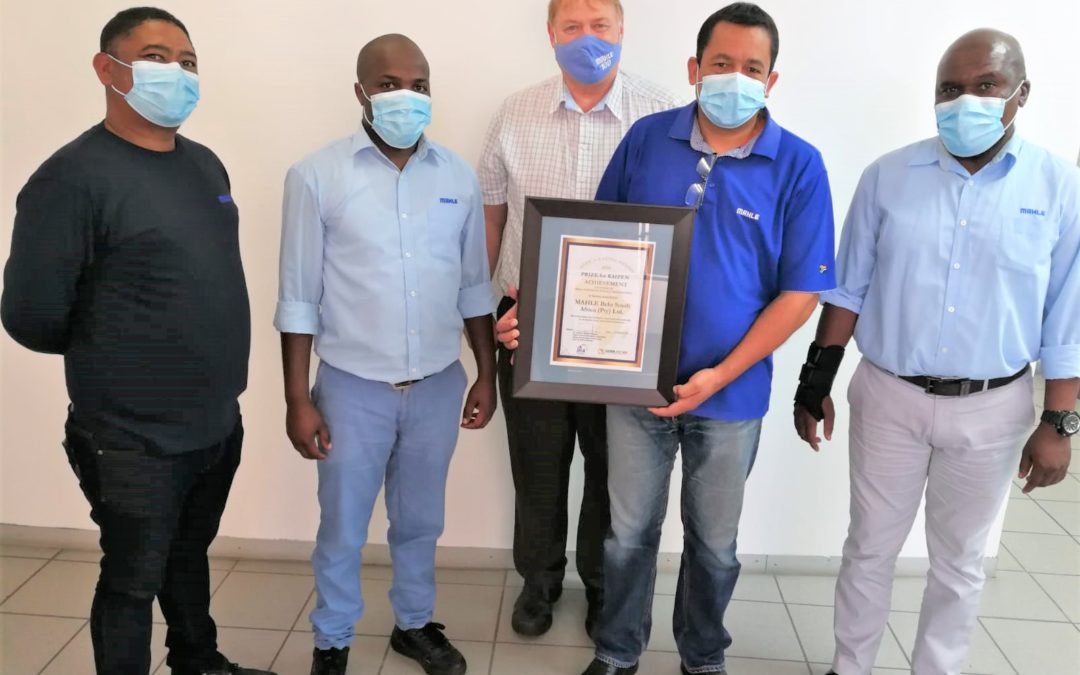 Mahle Behr Pty was recognised as one of the continent’s top Kaizen performers at the Africa Kaizen Annual Conference (AKAC) in September which was held virtually.

Mahle Behr, selected to represent South Africa after being crowned National Automotive Kaizen champions,  among 22 other nominees from 13 African countries, were awarded the Prize for Kaizen Achievement by The Japan International Cooperation Agency and the African Union Development Agency.

The Eastern Cape-based, Tier 1 supplier to automotive OEMs, received the  Kaizen Achievement certificate  in the Small Medium Scale Organization category based on a submission which highlighted a  57% reduction in scrap.

The annual Africa Kaizen Awards are given to organizations that present prominent achievements in quality and productivity improvement, or “Kaizen“, and can serve as model cases to be shared in Africa.

This year, the awards were held from 1st-3rd September 2020.

Mahle Behr was one of 19 companies that was recognised with an Achievement Award.

“The annual national and then African awards not only recognize spectacular improvements and process created, but expose participants to global Kaizen best practice and encourage the implementation of Kaizen techniques to empower their employees to  work smarter rather than harder,” The AIDC EC said.

One of the key adjudication points was evidence shown of  the teamwork between management and shopfloor employees to achieve better efficiencies and improved productivity, which is a hallmark of Kaizen and Total Productive Management.

“The AIDC has been implementing Kaizen techniques / Continuous Improvement Methodologies at different companies since its establishment in both Gauteng and the Eastern Cape, often in the context of cluster learning.”

“Where many other manufacturing companies globally have a competitive advantage as a result of access and proximity to traditional markets or to economies of scale created by sheer volumes, South African manufacturers have to develop other areas of competitiveness, a key aspect of which is operational efficiency.’’