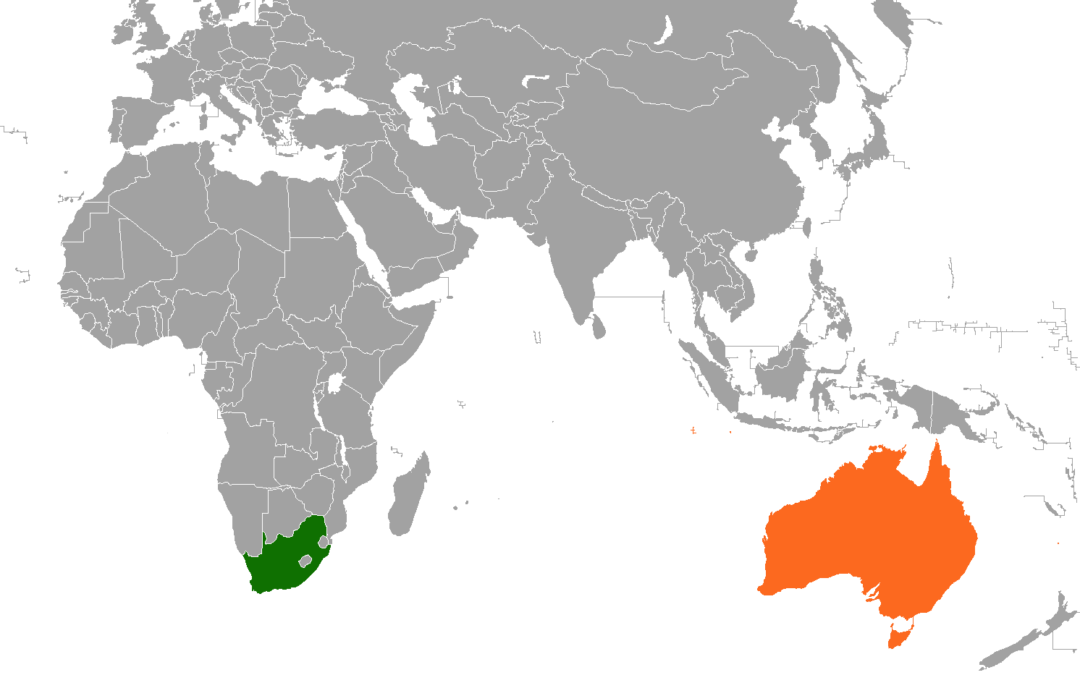 Exploring Export and Investment Opportunities from Eastern Cape to Australia

Eastern Cape companies are currently getting an opportunity to identify and explore trade and investment opportunities available in the Australian market during the Eastern Cape Development Corporation (ECDC) three-part virtual export and investment webinar series in partnership with the Australia Africa Chamber of Commerce, Exporters Eastern Cape, Nelson Mandela Bay Business Chamber and the Border-Kei Chamber of Business.

The webinars are targeted at Eastern Cape and Australian companies who are looking at creating long-term business partnerships between the two regions. The first webinar was held on Tuesday, 15 September followed by two more sessions on 6 October and 3 November.

“The purpose of the webinars is to introduce Eastern Cape companies to the networking organisations that can assist their companies to identify, explore and realise new potential export or investment opportunities from the Eastern Cape to Australia. The topics will cover the ease of doing business both in the Eastern Cape and Australia,” says ECDC Head of Trade Promotion, Phakamisa George.

George says in the past, Australia and South Africa traditionally may have focused on the competing similarities of the two economies. However, the new normal and global trade dynamics point towards considering synergistic opportunities between the two regions with renewed focus and attention. The idea is to also look into the untapped potential of exportable goods and services from the Eastern Cape to Australia.

“The changing global and local economic and trade environment necessitates that companies explore new opportunities provided by the Covid-19 pandemic among others,” says George.

Interested businesses can visit the ECDC Facebook page where the registration link will be available for the upcoming webinars. Alternatively, contact Linda Lubengu on 083 375 3633 or llubengu@ecdc.co.za.

Download below the presentations that were discussed during the first webinar. 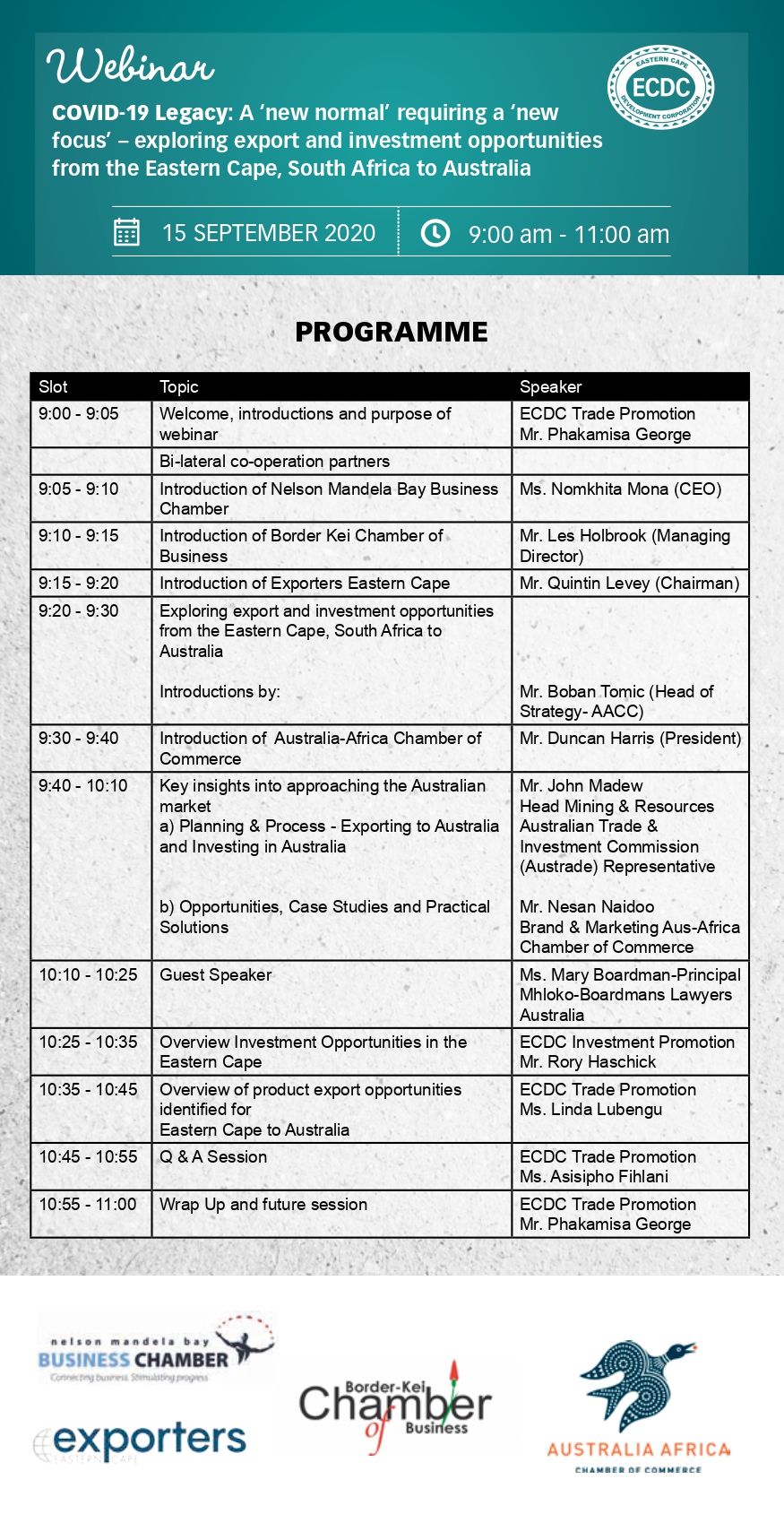 Vehicle export numbers recovered to some extent, although it’s still way off from 2019’s numbers

Vehicle exports for August 2020 recorded a huge decline of 20 623 vehicles or 46,9% compared to the 43 960 vehicles exported in August 2019, which was the highest monthly total on record. The performance for the year to date now reflected a fall of 104 627 units or 40% compared to the level of the same period last year.

New vehicle demand improved slightly compared to the performance of the previous two months as South Africa’s lockdown restrictions eased further to Level 2 in August 2020. However, activity in the new vehicle market is expected to remain low for the remainder of the year due to the uncertainties relating to the economic impact of the coronavirus pandemic and as consumers and businesses continue to adapt to short-term budget pressures.

Furthermore, not only will the economy have to contend with consequences of the economic lockdown, it now has to deal with further rolling blackouts which comes at the worst possible time for the South African economy. Eskom announced that the heightened risk of load-shedding will haunt the South African economy for another year. All this point to an already hard-hit economy with no expectations for a quick recovery any time soon.

Vehicle export numbers seemed to have recovered to some extent, which bodes well for local manufacturers, although the numbers are still way off the same point last year. Positive news is that the domestic automotive industry’s major export destinations are starting to ease their lockdown restrictions with many actively stimulating their new vehicle markets with financial government incentives.

Download the full NAAMSA media release below as well as the August 2020 Industry New Vehicle Sales.

The global proliferation of COVID- 19 shifted the focus almost entirely on the public health and the economic impact of the pandemic. Yet, its impact on work, society and education is no less profound. Lockdown measures aimed at ‘flattening the curve” have widespread effects. The slowdown in the world’s rhythm is almost unthinkable and a world in quarantine is almost apocalyptic. The pandemic is an unprecedented crisis leaving the world with many unknown unknowns.

Labour markets are facing a drubbing as employment levels are in sharp decline. Due to the uncertainty and fast-moving events, the International Labour Organisation (ILO) estimates a total of 195 million job losses due to the global meltdown in the coming months. This includes the fulltime job equivalent consisting of technical unemployment, partial unemployment and job retention schemes.

The post-COVID-19 world is thus likely to be a world of multiple scenarios.  The pandemic has catapulted our world into a plethora of digital solutions resulting in a rapid embrace of 4IR if you like, from remote working to virtual meetings and virtual events.  The world as we know it has changed profoundly and the human condition is tested with social distancing, an unthinkable necessity.  The lockdown in many countries has led to a cessation of non- essential services grinding the Global Economic activity to a halt leaving the inevitable recessionary threat.

We are thus facing a great reset in economy and society and leaders must be at the coalface of this transition to new ways of working, business and living.

Attendance is free for both days – CLICK HERE to register. 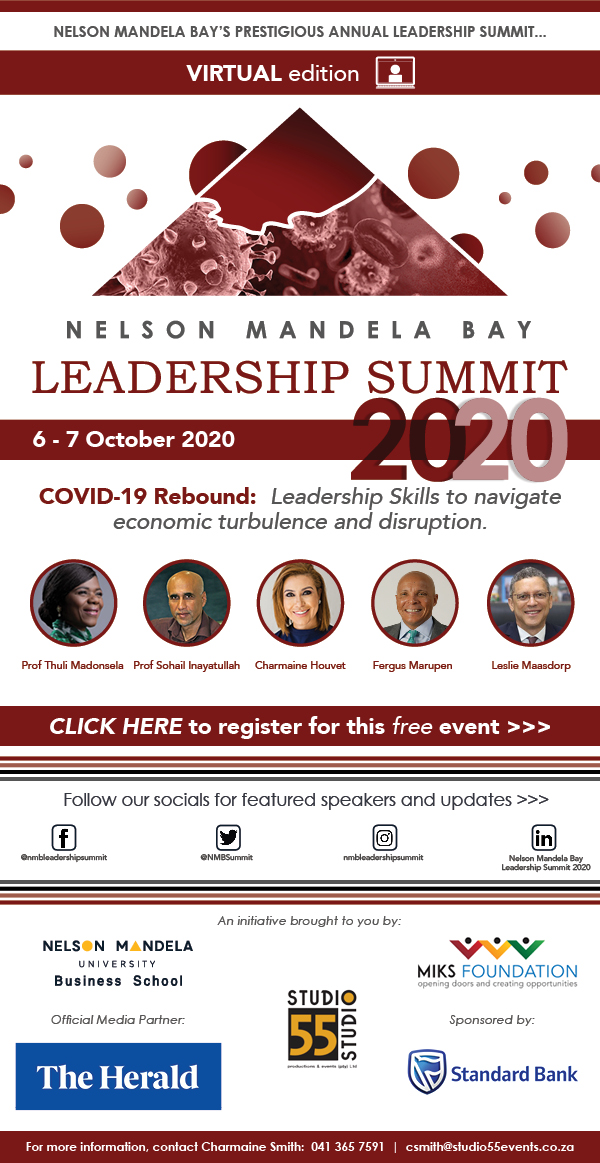 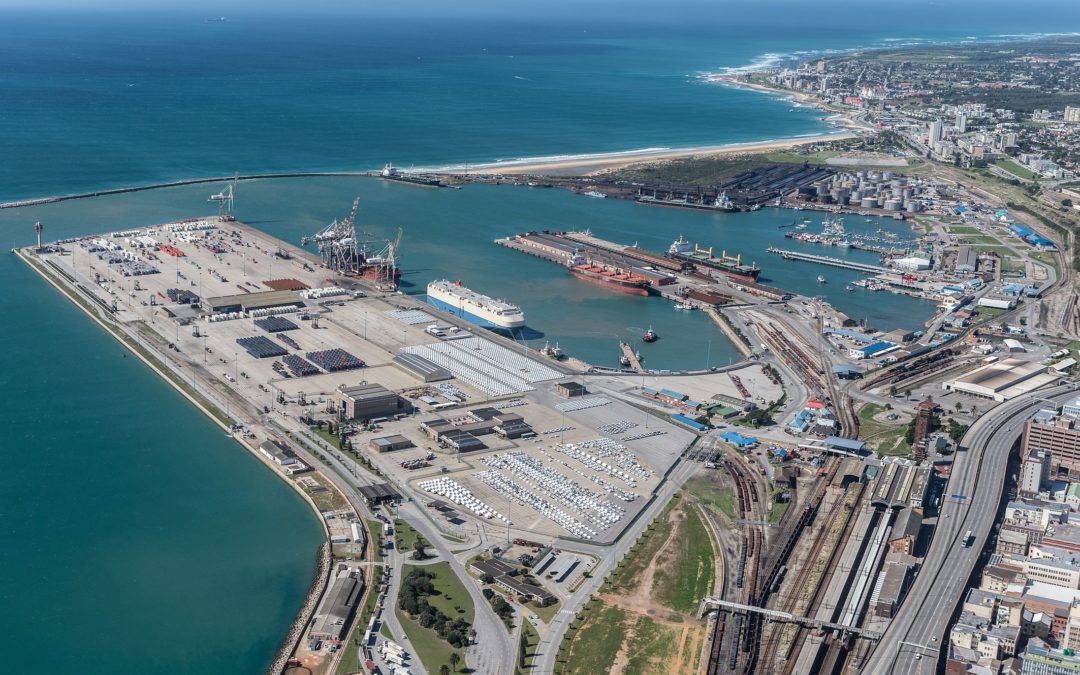 Port of PE – Making its mark in the bumper fruit season

In the midst of the record citrus export season, Transnet National Ports Authority’s (TNPA) Nelson Mandela Bay ports have successfully complemented the Port of Cape Town, which was negatively affected by COVID-19.

Apart from handling the fruit at the Port of PE’s breakbulk facilities, the two Eastern Cape ports’ container terminals estimate to handle more than 460 000 pallets by the end of the fruit season. Despite the Covid pandemic, what has contributed to the Port of PE’s success?

Sujit Bhagattjee (TNPA New Business Development Manager and Exporters Eastern Cape committee member) (bottom left photo), together with Marine Operations and the Harbour Master Ophelia Shabane (bottom right photo), spearheaded a request from the shipping lines for fruit to be handled at the port’s Multi-Purpose Terminal. This resulted in the Perishable Products Exports Control Board (PPECB) giving their stamp of approval. The port’s customer-centric and flexible approach accommodated an increased number of vessels handled.

The Port of PE has additionally seen the resurgence of palletised fruit, mainly at the Multi-Purpose Terminal, due to a worldwide shortage of reefer containers and also some of the receiving ports in the world using older technology. During the Covid pandemic and the citrus export season, the Port Elizabeth Container Terminal has once again proven its strategic importance to the complementary South African container terminal system in supporting the SA economy. 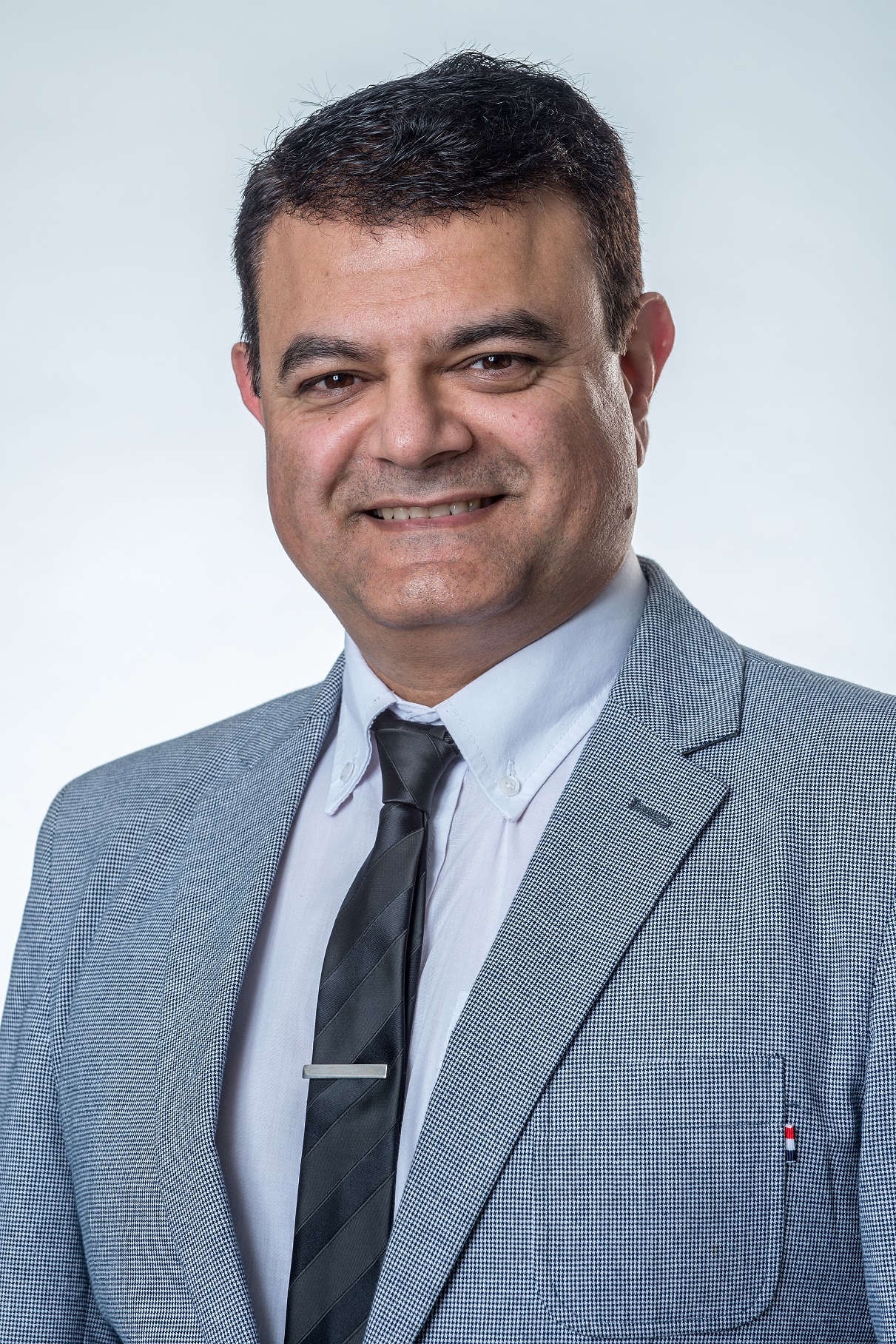 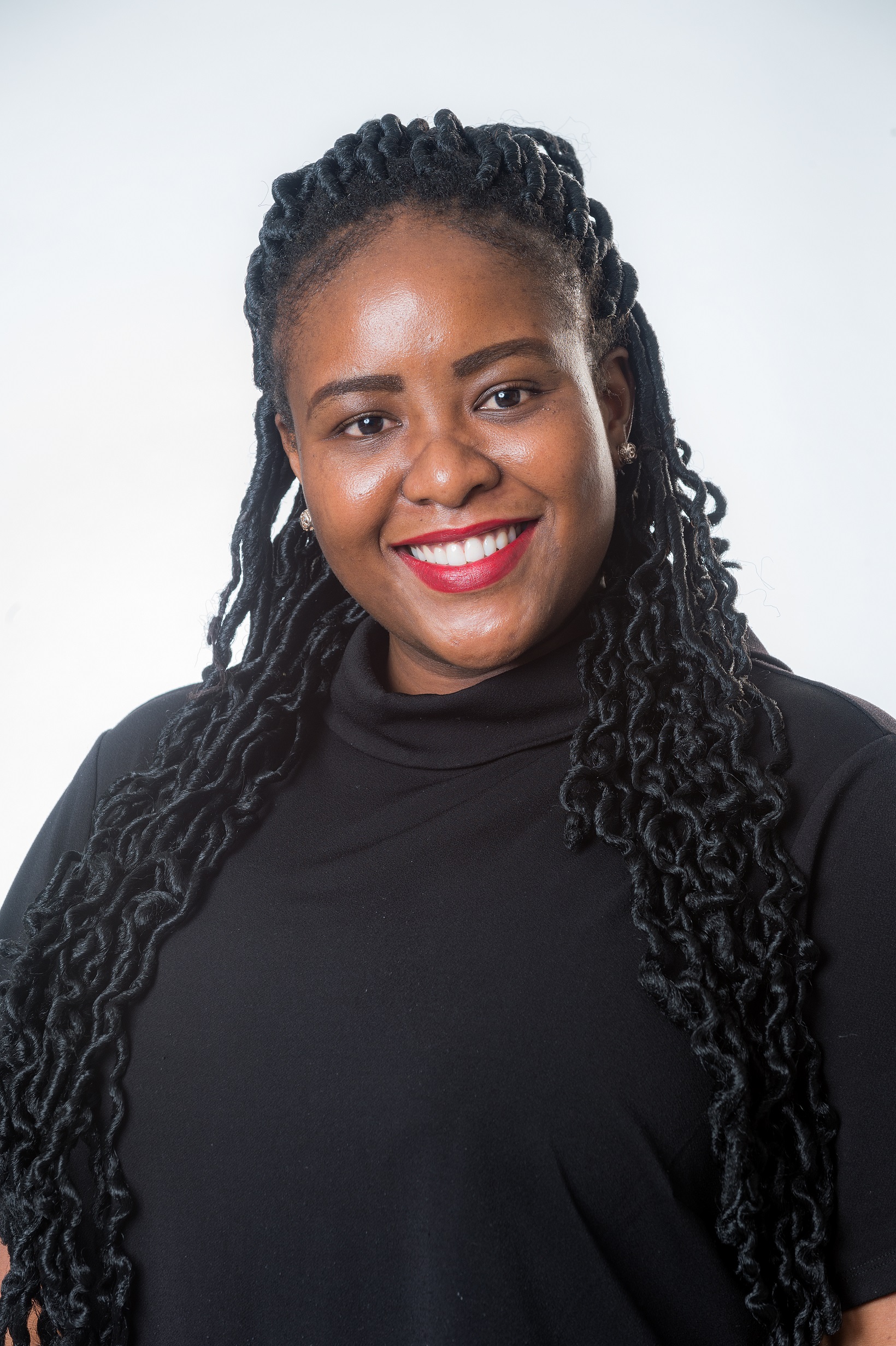 New leader at the helm of NMB Maritime Cluster

Volunteering their time and expertise, they will focus on the implementation of the cluster’s strategic goals and objectives. Its vision is to be a pioneering maritime cluster model for Africa, involving the participation of the ocean sciences, the ocean business community, government and its agencies, and civil society in responsible ocean governance. 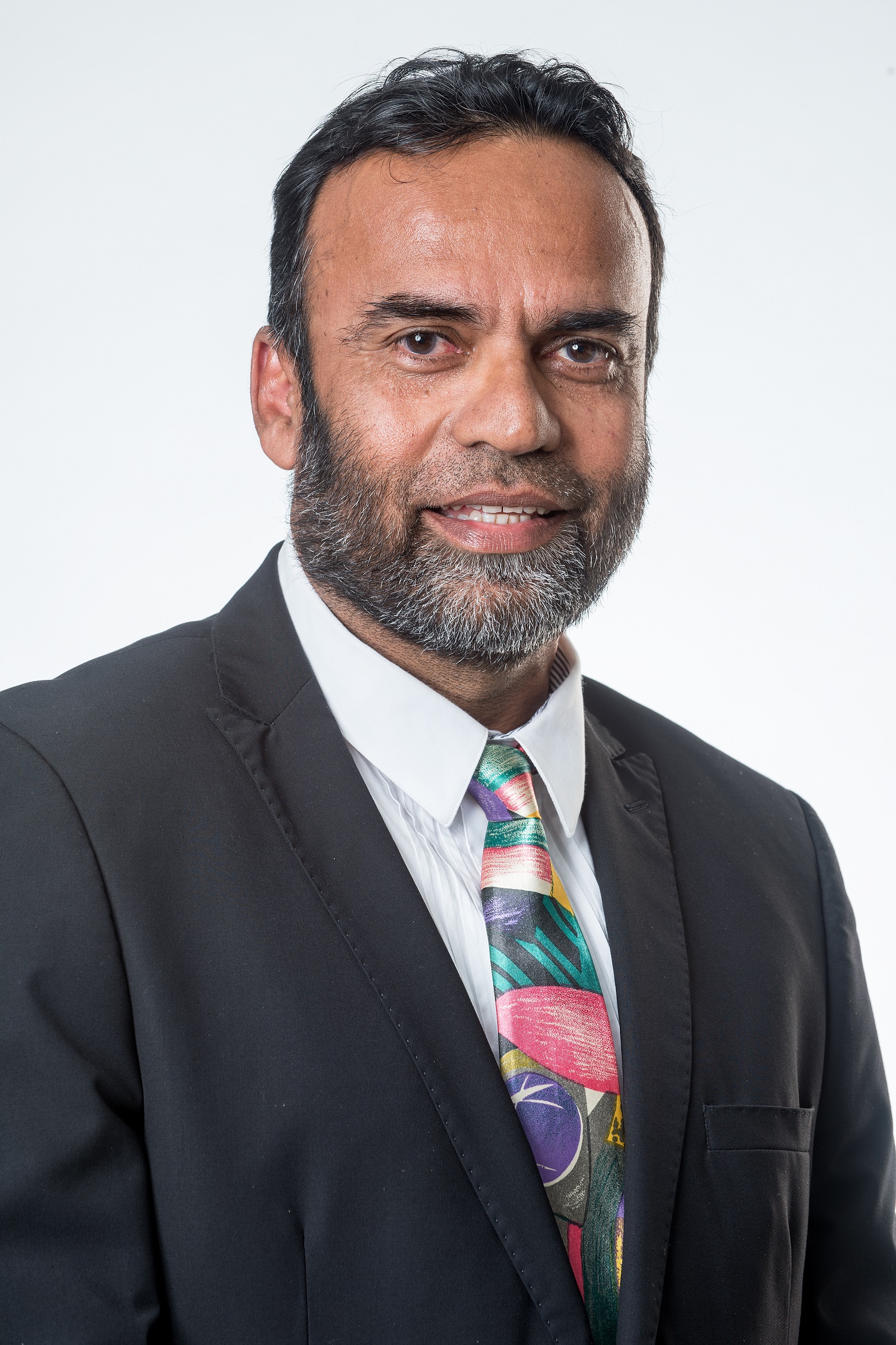