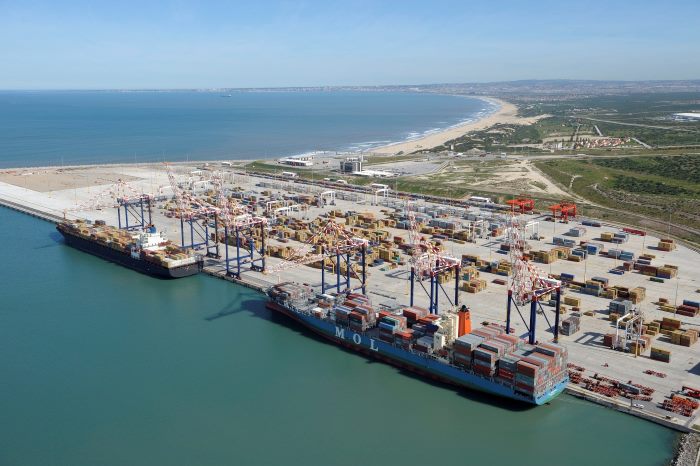 The Ngqura Container Terminal (NCT) is celebrating a 10-year milestone, having strategically and significantly contributed to increased cargo handling through transshipment’s that have benefited markets across the world.

During this time, over 2.5 mil TEUs (20’ equivalent unit) carrying transshipment cargo has moved through the terminal, creating over 700 direct jobs and contributing over R1.5 billion to the Eastern Cape economy. The noted economic activity and volumes in this short period landed NCT the position of fastest growing terminal in the world for 2 consecutive years (in 2012 and 2013).

The 2015/2016 financial year introduced many challenges that saw a dip in volumes of -17% growth, the worst the terminal has ever experience due to the global economy. Recovery was finally confirmed successful when in the 2018/2019 financial year, volumes reached an all-time high of 36% growth, which equates to 829 813 TEUs.

According to the Executive Manager, Container & Auto, Wandisa Vazi “The role NCT has played in South Africa’s trade maturity over the last ten years is overwhelming considering this was a new initiative with zero volumes. The confidence and commitment shared by the terminal’s stakeholders namely employees, customers, government institutions and industry bodies underpin the success of the terminal to date.

In February 2019, NCT proudly handled one of the biggest vessels in the history of terminal. The Gigantic MSC Bettina loaded 2 697 Twenty Equivalent Units (TEU).  Its length was 366.07 metres and its maximum draught is 15.6 Metres. Its impressive capacity was 10 000 TEUs with gross tonnage of 151559 and deadweight of 162867.

The first container offloaded from MSC’s vessel MSC Catania was handled by a female employee, Caroline Ndevulana and gender equity remains as relevant as it was ten years ago with a 19 % female representation making up the workforce.

NCT possess state of the art technology, which include Automated Gate System Auto with Pre-Booking/Pre-Advice Functionality that improves truck processing time & eliminates human error.  Over the years the terminal has collected a number of accolades; including being recognised as the fastest growing terminal in the world, numerous PMR Africa Awards, Exporters Club Merit Award for the contributions to the economy, NOSCAR rating (the highest safety accolade in the industry) for three consecutive years and NOSA award for the best 5 star system in the Eastern Cape.  In addition NCT is ISO 9001, ISO 14001 and OHSAS 18001 certified.