Exporters Eastern Cape look back at solid year of performance 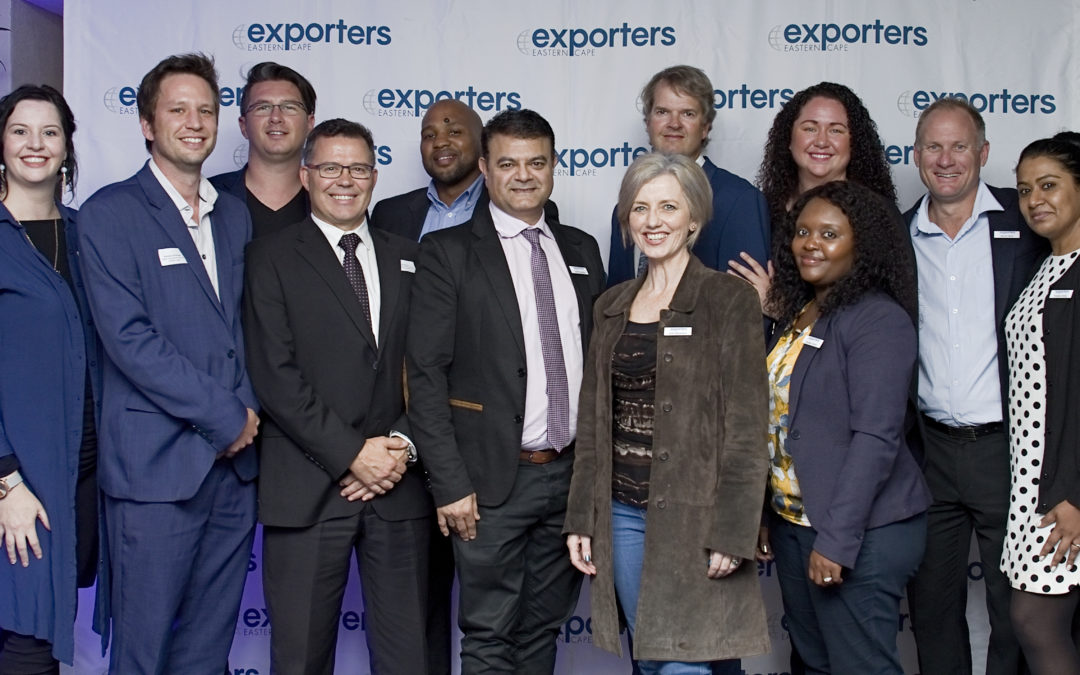 The AGM, which was hosted at Standard Bank in Pickering Street, celebrated almost four decades of resilience in the Eastern Cape export market – with a special welcome by Denzil Lester, a long-standing member of Exporters Eastern Cape who has attended all 39 AGM’s of the organisation since its inception.

Exporters Eastern Cape Chairman Quintin Levey said the organisation enjoyed a busy and successful year in 2018/19, which included a name change, the appointment of a full-time branch co-ordinator and a full calendar of events – including panel discussions, factory tours and presentations.

Membership of the organisation increased substantially in the past year, with Exporters Eastern Cape expanding to include more events in East London and Levey said exporters from the George region will also be invited to join the organisation in the coming year.

Levey said he was looking forward to the highlight on the Exporters Eastern Cape calendar: hosting the Eastern Cape Exporter of the Year Awards during a gala event on August 16, with the final judging of the awards currently being wrapped up.

Gibbons is one of South Africa’s best-known journalists, currently editing the magazine Acumen for the Gordon Institute of Business Science (GIBS) and better known in the Eastern Cape for his daily business news slot on the Daron Mann Breakfast Show on Algoa FM.

While he pulled no punches as to the current circumstances in South Africa with regards to his insights into the political and economic situation in the country, Gibbons said there were still pockets of excellence in the broader economy.

“Despite our economic circumstances, someone is still making money out there. There is still opportunity out there if you are prepared to take the risk and work hard at it. In the Eastern Cape fruit exports have been increasing over the last five year, particularly to China. South Africa is now the largest supplier of citrus to China,” said Gibbons.

Other export products doing exponentially well, according to Gibbons, were nuts with massive growth in exports to China, as well as strong successes in the mining and minerals sectors.

“Let’s not forget the motor industry that is already here. It contributes 6.9% of the country’s GDP, with 351 000 vehicles exported last year and 112 000 people employed. This is significant, these numbers are meaningful; although domestic consumption could be more, the automotive industry has a very solid and profitable future,” said Gibbons.

His biggest area of concern for the country, however, was education, since it is considered a predictor of the future and determinant of economic growth. Coupled with the brain drain, Gibbons said our education system is failing the country – particularly in terms of getting left behind in the time of the Fourth Industrial Revolution.