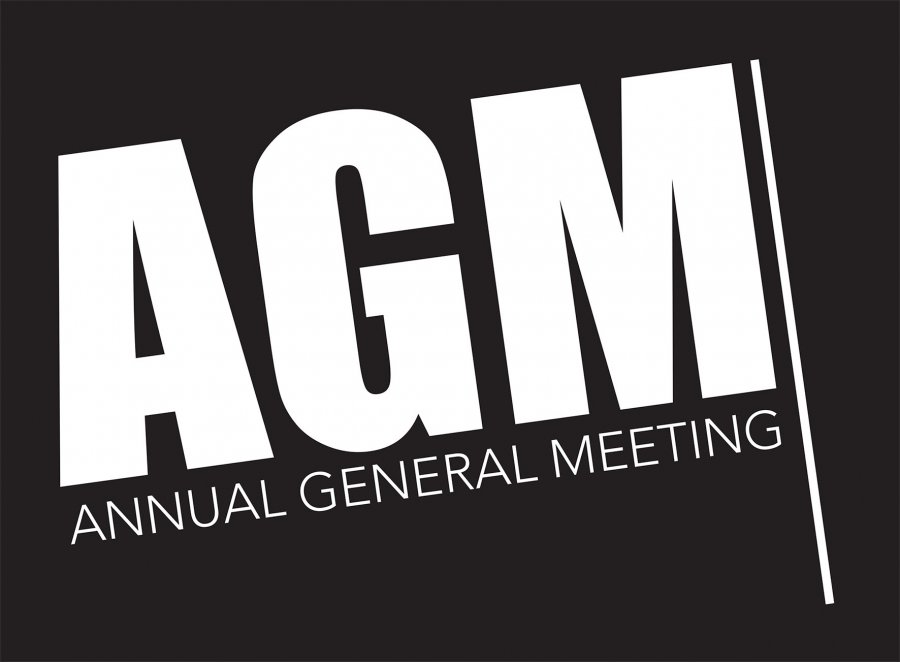 Notice is hereby given of the 39th Annual General Meeting of Exporters Eastern Cape, to be held at Port Elizabeth, on Thursday, 11 July 2019 at 18h00.

Furthermore, we would welcome your nominations for appointments to the committee signed by yourself as the Proposer and the Nominee as acceptance, together with a Seconder of your proposal (nomination form attached).  Such written nomination, duly seconded should be in the hands of the Branch Coordinator by no later than 8 July 2019. The Nominee, by signing the acceptance, agrees to comply with the roles and responsibilities set out in the attached.

We invite you to the 39th Annual General Meeting of Exporters Eastern Cape and look forward to your attendance with drinks, snacks and networking, following the AGM and special guest speaker, Chris Gibbons.

July marks the start of the second half of the year, so it’s a good point to pause, draw breath and assess what lies ahead for the nation and its economy. But this is no ordinary mid-year review, because South Africa has just gone through a vitally important election. What are the key challenges that lie ahead for President Ramaphosa and his government and where are we likely to be five years from now?

Business editor and journalist Chris Gibbons will give his views and also outline his current investment strategy, as it relates to South Africa’s current circumstances.

Thank you to the following member companies for supporting Exporters Eastern Cape by sponsoring the Annual General Meeting:

For any enquiries contact the Branch Coordinator, Suzanne Vermeulen at info@exportersec.co.za or the Chairman, Quintin Levey at 082 719 2166.

Download the Agenda, Proxy Form and Nomination Form below. 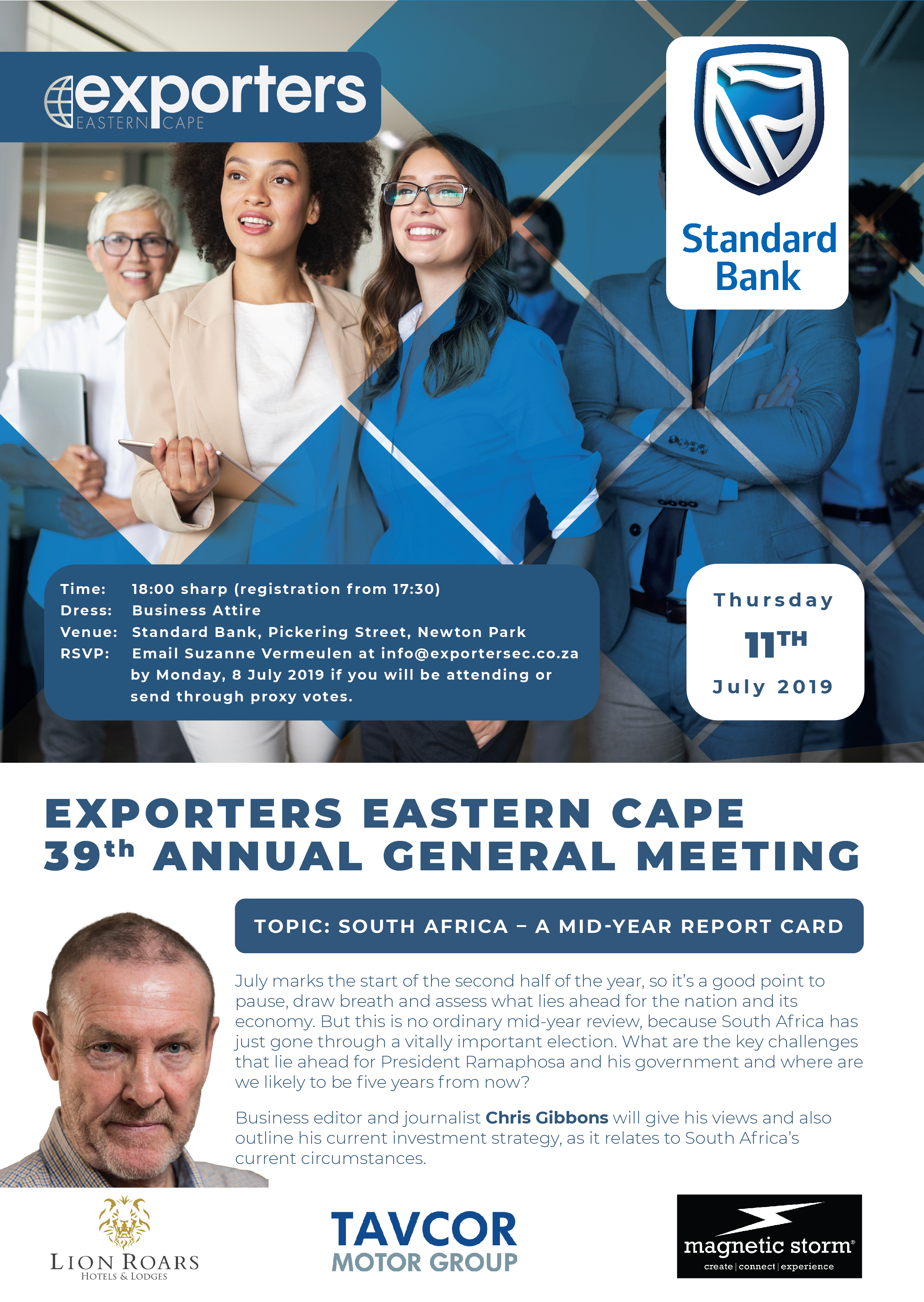