Leading lights in the field of advanced technology, including 4IR will be acknowledged at South Africa’s official National Advanced Manufacturing Innovation Awards on November 27.

According to organisers all companies, entrepreneurs and researchers operating in the advanced manufacturing field, including engineering,  3D printing, robotics, automation, AI, laser cutting and etching, CNC machining, software, big data, IOT and composites will be eligible for national recognition.

The actual awards function will take place as part of the African Advanced Manufacturing and Composites Show which will include a dynamic, interactive exhibition, conferences and factory tours at the Nelson Mandela Bay Stadium in Port Elizabeth on November 27 and 28.

Radford, said the awards would play a key role in advancing the country’s advanced manufacturing agenda.

“As we push to consolidate and develop our manufacturing strategy, it is essential that as a collective –  government and private sector stakeholders identify, promote and reward innovation in the advanced manufacturing and composites industry.”

The awards, would be made annually at the African Advanced Manufacturing and Composites Show, which would rotate across South Africa’s major manufacturing hubs.

“While manufacturing remains an essential part of South Africa’s economy – contributing around 19% of GDP, our efforts towards Advanced Manufacturing in South Africa are highly fragmented, but we do have significant pockets of excellence,” Radford said.

“The African Advanced Manufacturing and Composites Show will not only bring all the key role-players and technology partners together towards a common vision, and trade,  it would also inspire emerging engineers.”

“Three-dimensional printing, lasers, automation, drone technology and artificial intelligence are exciting tools to encourage a new generation of engineers and scientists but we need to expose them and industry to these technologies and there is no time to waste,” Radford said.

The show and dazzling awards networking dinner would be accessible to both trade and public visitors. 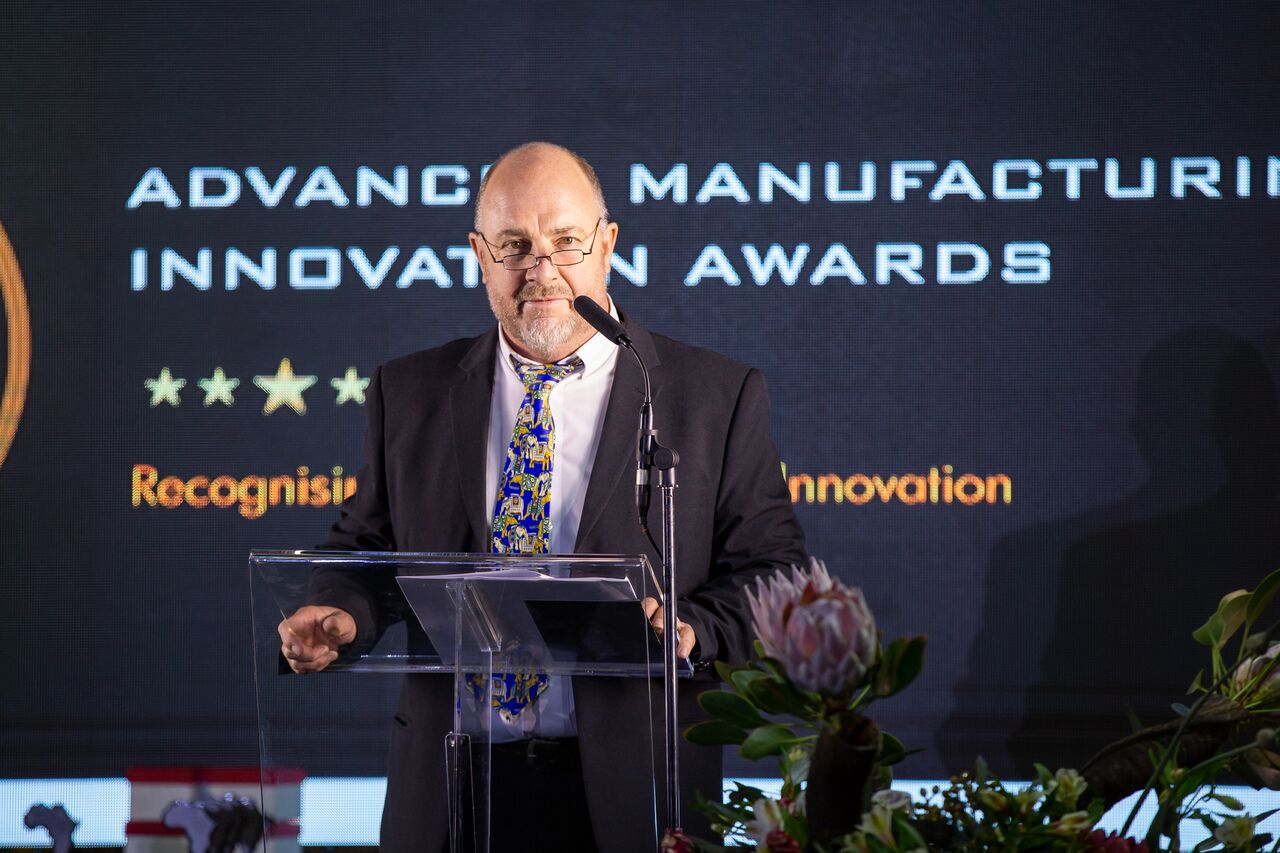